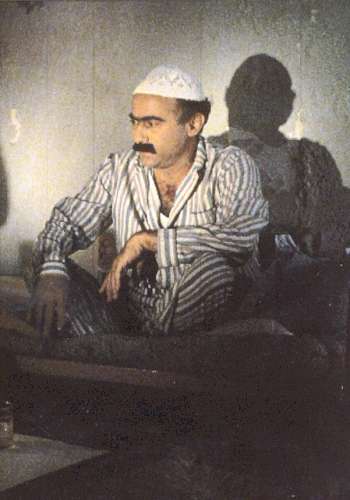 The first-ever Palestinian feature film from the Gaza Strip, CURFEW is the story of a Palestinian family living in a refugee camp in the year 1993, just before the peace negotiations started. At the start of the film, the Israeli army announces a curfew which will last until further notice. Abu Raji’s family has just received a letter from one son studying in Germany when they are interrupted by the news. Streets empty, doors shut, and stores close. But even in such strange times, family drama continues just like always. The story captures 24 hours within the life of one household, representing the drama of a people that has lasted for decades.

Rashid Masharawi was born in 1962 in Shati refugee camp, Gaza Strip. He is a self-taught filmmaker who started working at eighteen in the film industry. In 1993, he directed his first feature CURFEW which garnered the UNESCO Award at Cannes.