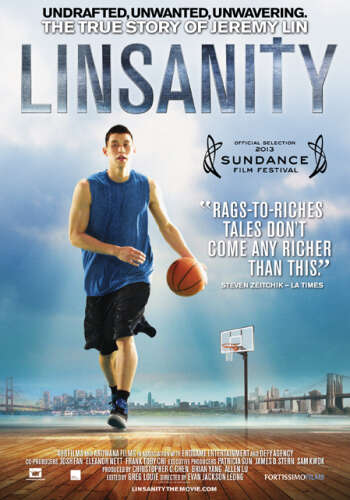 In February 2012, the world of basketball unexpectedly went “Linsane.” Stuck in the mire of a disappointing season, the New York Knicks did what no other NBA team had thought about doing—they gave an undrafted, third-string point guard from Harvard named Jeremy Lin an opportunity to prove himself. He took full advantage, scoring more points in his first five NBA starts than any other player in the modern era, and created a legitimate public frenzy in the process. Prior to this now-legendary run, Lin had faced adversity in his career at every turn. Despite leading Palo Alto High to a shock California State prep title, he received no scholarship offers from any major university. Then despite a standout collegiate career at Harvard, he was not drafted by any NBA team.

LINSANITY is Evan Jackson Leongs first entry as a director at the Sundance Film festival. He previously worked with director Justin Lin on Better Luck Tomorrow (Sundance 2002) and on the action blockbuster, The Fast and the Furious. He also served as co-producer of Lin's Finishing the Game (Sundance 2007). Leong directed two half-hour, nationally broadcast films: Him Mark Lai: The People's Historian and Forging a Feature: The Journey of Better Luck Tomorrow. He previously completed his first feature-length documentary, 1040: Christianity in the New Asia.