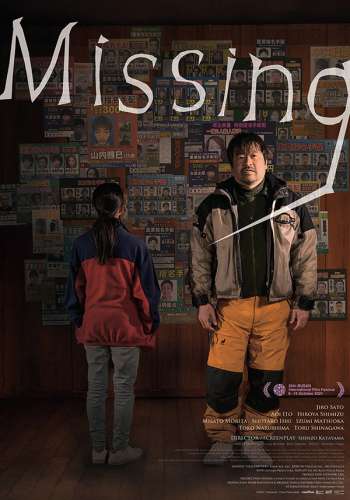 Depressed and in debt, Santoshi (Jiro Sato) tells his daughter Kaede (Aoi Ito) he wants to collect the reward for finding an infamous serial killer “No Name” (Hiroya Shimizu) whom he claims to have seen in town. His daughter thinks he is joking, but shortly afterwards, her father goes missing.

In 2019, his debut feature, “Siblings of the Cape” was selected by numerous domestic and international film festivals, including Göteborg Film Festival, the Geneva International Film Festival and Taipei Film Festival. Despite the low-budget independent film, its shocking narrative and direction led the film to be an unexpected hit at a Japanese box office, and it gained a high reputation through word of mouth.He now is one of the most  promising, emerging directors in Japan, and his second feature, “Missing” (“Sagasu/さがす”) will be his commercial film debut.