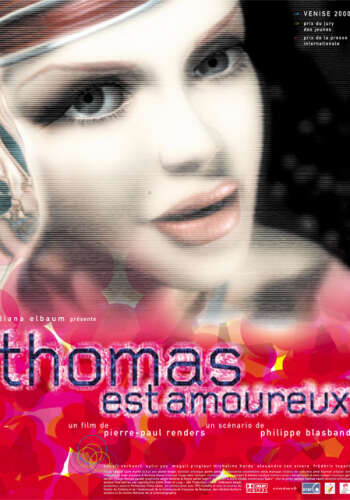 Thomas is a thirty-two year old suffering from acute agoraphobia. For eight years, he has been a deliberate prisoner in his own home, neither leaving the house nor letting anyone in. His only contact with other people is through his computer screen.

His insurance company, Gobale, is handling and administering most aspects of his life including his mental well being. With this strange and hermit-like existence Thomas is almost happy. But, he is alone. Clara, his long-time virtual partner does not amuse him anymore. His shrink decides that Thomas needs a major shake up and against Thomas's will signs him up for an Internet dating club.

At the same time, his insurance agent informs him that he is eligible to receive free of charge the services of prostitutes especially trained to handle mentally impaired people. On Thomas screen, real women start to call, but Thomas has no desire to see love starved women reaching out to him through his computer screen. He doesn’t want to get married or ever fall in love.

And little by little, Thomas is getting puzzled and annoyed at these invasions into his feelings and his private and intimate world.

Can‘t everybody just leave him alone ?

Pierre-Paul Renders was born in Brussels, Belgium in 1963. He is married and has a young daughter named Louise. He graduated from the Catholic University of Louvain in 1984 after studying Classical Philology; he qualified as Film Director at the IAD (Institut des Arts de Diffusion, Louvain-la ­Neuve) in 1989. He equally enjoys documentaries and fiction, television and cinema.

Renders is the author of La tendresse, one of the Sept péchés capitaux (collective Belgian full-length film, 1992, selected at the Critics Week in Venice in 1992).  In 1993-1994, he directed several episodes of the television show Double Sept for the French-speaking Belgian television channel RTBF- Charleroi and acquired some experience as assistant-director in fiction, advertising and documentaries and directed actors for a television series.  He wrote four documentaries for Médecins sans Frontières Belgique (Doctors without borders) between 1996 and 1998: Crise du Kivu, Paroles sans Frontières, Urgence Soudan and Sommeil Trompeur.

In early 2000 he completed his first full-length fiction film Thomas est amoureux (Thomas is in love, based on a script by Philippe Blasband).