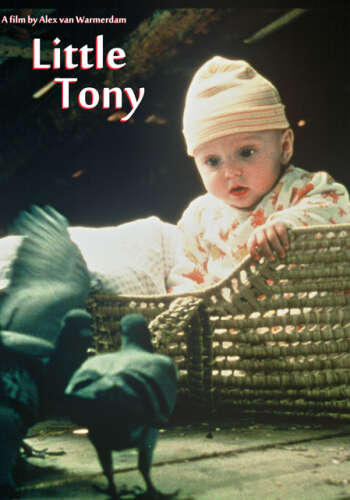 “What kind of a person must I be?” sighs Brand halfway through LITTLE TONY, Alex van Warmerdam’s fourth feature film. The illiterate farmer has been set thinking by Lena, a young teacher who comes to give him lessons at home, on the farm. Keet, Brand’s suspicious wife, keeps a close eye on both of them, because she sees that her husband has fallen in love with the girl from the city. As time goes on, a dark plan takes shape in Keet’s mind. She purposely drives Brand into Lena’s arms. Her manipulations are not without their consequences.

In this black comedy, van Warmerdam sketches the confusion and desperation which arise in this complicated three-cornered relationship. Too complicated for Brand, too confusing for Lena, too desperate for Keet.