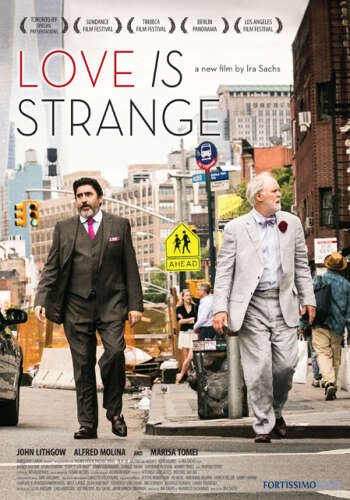 After 28 years together, Ben and George take advantage of the new marriage laws and tie the knot in a garden wedding in the East Village. Returning from their honeymoon, however, and on account of their publicized vows, George gets fired from his longtime job as a choir director for a co-ed Catholic school. Suddenly, with no real savings to count on, the couple finds that they can’t afford the mortgage on their small Chelsea apartment and they have to sell and move out. Only days after they have gathered to celebrate their nuptials, this tight-knit community of family and friends now has to come together again to figure out how to help Ben and George.

Ira Sachs' most recent film, KEEP THE LIGHTS ON, was nominated for four Independent Spirit Awards (2012), including Best Feature and Best Director. At the time it was called "a front runner for best American Film of the year" (Village Voice), as well as "exquisitely, even thrillingly authentic" (A.O. Scott, New York Times).