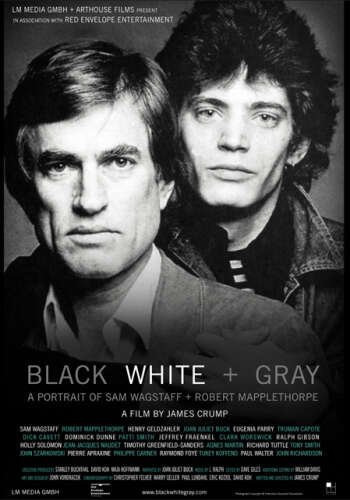 Yale-educated and born with a silver spoon in his mouth, Sam Wagstaff’s transformation from innovative museum curator to Robert Mapplethorpe’s lover and patron is intensively probed in Black White + Gray. During the heady years of the 1970s and 1980s, the New York City art scene was abuzz with a new spirit, and Mapplethorpe would be at the center of it. Wagstaff pulled him from his suburban Queens existence, gave him a camera and brought him into this art world that seemed to be waiting for him, creating the man whose infamous images instilled emotions ranging from awe to anger. In turn, Mapplethorpe brought the formerly starched-shirt preppie to the world of drugs and gay S&M sex, well-documented in his still-startling photographs. Twenty five years separated the lovers, but their relationship was symbiotic to its core, and the two remained together forever. The film also explores the relationship both men had with musician/poet Patti Smith, whose 1975 debut album “Horses” catapulted her to fame.

James Crump is a writer, director and producer. He holds a Ph.D. in art history from University of New Mexico and has served as curator of photography at the Kinsey Institute for Sex Research. Among other works, he is the author of 'F. Holland Day: Suffering the Ideal' (1995) and 'George Platt Lynes: Photographs from the Kinsey Institute' (1993) and coauthor of 'When We Were Three: The Travel Albums of George Platt Lynes, Monroe Wheeler, and Glenway Wescott' (1998). BLACK WHITE + GRAY is his debut effort as a feature director. Crump resides in New York.