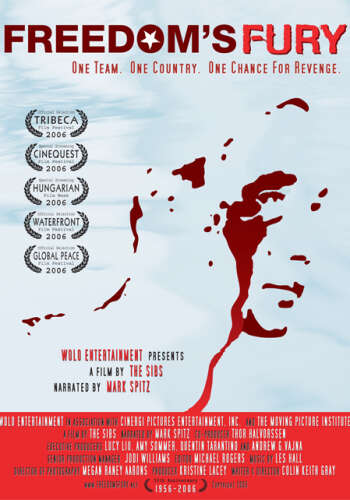 In FREEDOM’S FURY, the history of Soviet occupation of Hungary at the end of World War Two is interwoven with the country’s emergence as a an international waterpolo powerhouse in the 50s.  The journey of the 1956 Hungarian waterpolo team and its rising star Ervin Zador to the Melbourne Olympics then becomes the rallying cry for justice as FREEDOM’S FURY explores the larger human tragedy of a popular, democratic uprising that is brutally crushed by the Soviet Red Army in November 1956, just two weeks before the Olympics begin in Australia (over 15,000 people were killed or executed). The story is now finally told about the infamous water polo showdown between Hungary and the Soviet Union, also known as "the Bloodiest Game in Olympic History."

Colin Keith Gray and Megan Raney Aarons are a brother / sister writing & directing team known as The Sibs. Together, they are continually drawn to a provocative mix of social justice themes, irreverent comedy plus over-looked historical and political stories. The Sibs worked together for several years as a writing/directing team before officially launching GRAiNEY Pictures, a full service production shingle, in May 2003.