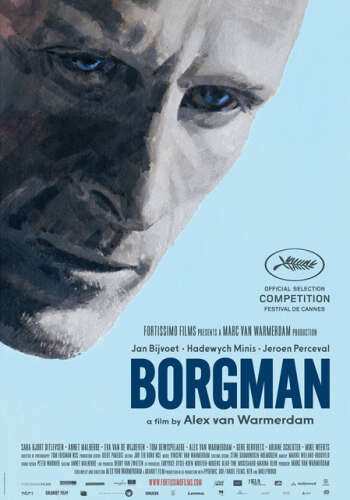 BORGMAN is the central character in Alex van Warmerdam’s dark, malevolent fable. Is he a dream or a demon, a twisted allegory or an all-too-real embodiment of our fears?  BORGMAN is a sinister arrival in the sealed-off streets of modern suburbia. His presence unleashes a crowing gallery of distortion around the careful façade constructed by an arrogant, comfortable couple, their three children and nanny.