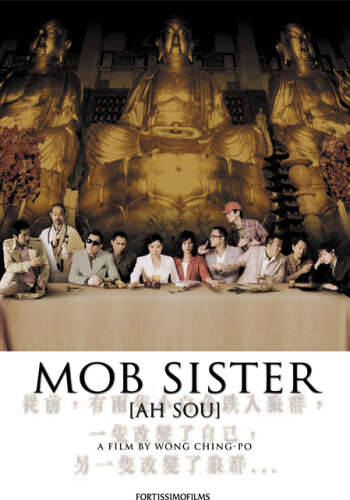 In the macho world of triads, heroes are molded from blood, brawn and brains.  What place is there for a defenceless girl? The only exception to the rule is if you can earn respect as “Ah Sou” – the big boss’ wife. MOB SISTER tells the extraordinary story of an innocent 16-year old girl who becomes appointed successor to Hong Kong’s ruling triad. This role becomes a double- edged sword for our young heroine, who is sucked into a maelstrom of vicious gang wars, hair-raising assassination attempts and ruthless power struggles and betrayals. Through numerous violent episodes and unexpected reversals, she discovers her own inner strength and re-writes the laws of the triad kingdom.