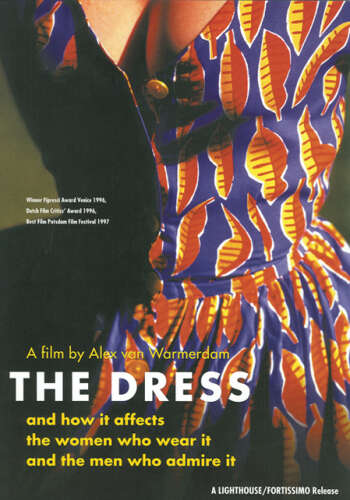 First there is the fabric. A motif of blue leaves selected by the director of a textile factory, much to the dismay of his artistic advisor. Then there is the designer, a man with bizarre sexual proclivities. Finally: the dress, on sale in a boutique. The first woman to wear the dress is past her prime. The dress awakens strange desire in her, desire that will prove fatal. The wind wafts the dress to Johanna, but as soon as she dons it, she kindles the insatiable lust of a railway guard and a bus conductor. Johanna finally gives the dress away to benefit a good cause. Now young Chantal wears it. Unfortunately, she also bumps into the railway guard. The same cause, the same effect. Chantal puts the dress in a bag, which is then stolen by Marie, a bag lady. Marie wears the dress under her clothes to protect her from the winter. Yet the effort is in vain, she freezes to death and will be cremated in the dress. However the story of the dress is not over yet. The railway guard is again confronted with it, in a museum this time.  What insane acts will the dress drive him to this time?